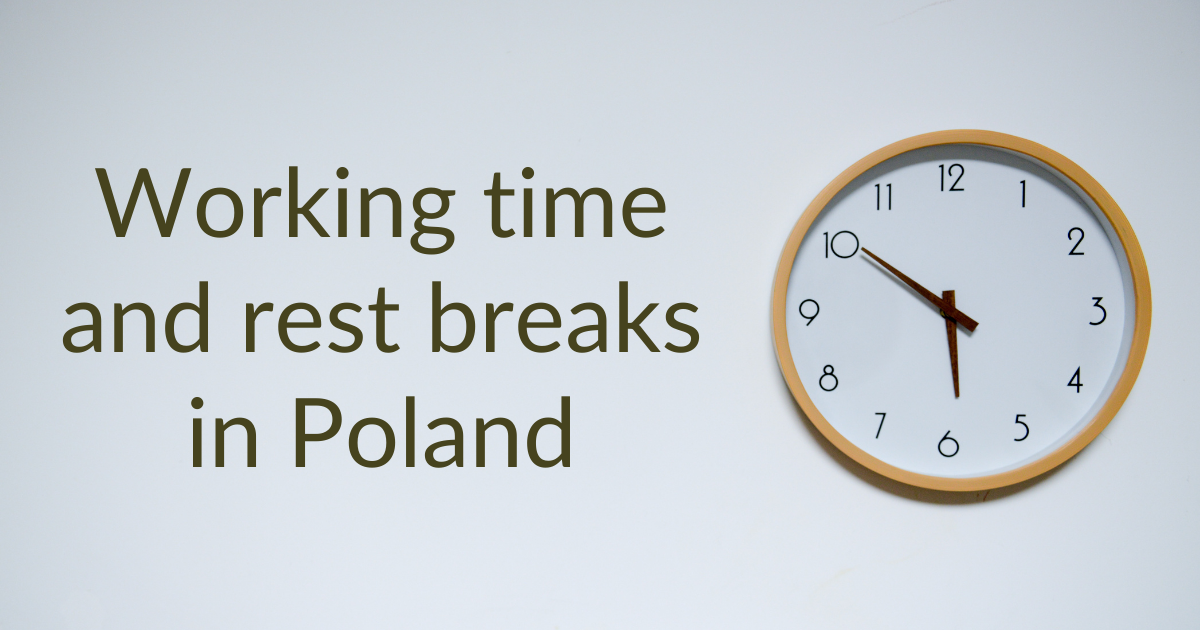 I guess every labour law legislation has a chapter dedicated to working time. So does Polish Labour Code.

The standard working time scheme is based on five working days in a week. Every week has seven days so two of them are free. First, it’s Sunday because it counts as a holiday/day off work by statute (with some exceptions, of course). Second, in planning the working time, the employer must provide for an additional day off work. It can be any day from Monday to Saturday. Usually it’s Saturday, though.

The standard working time in a five-day work week is maximum 8 hours a day and, on average, 40 hours a week, within a clearing period not exceeding 4 months, as adopted by a particular employer. This means that the number of working hours may be more or less than 40 in a particular week, but altogether during the clearing period the average weekly working time may not exceed 40 hours.

The number of hours worked in a week, including overtime, may not exceed, on average,  48 hours during a clearing period adopted by a particular employer. Apart from the standard working time scheme, the Labour Code allows for several additional schemes the aim of which is to make working time schedules more flexible. For example, the employee may apply to the employer for an individual working time schedule or a shortened working week. In a shortened work week system the employee works less then 5 days a week, but longer than 8 hours (though no longer than 12 hours) a day, within a clearing period not exceeding 1 month.

Employees are entitled to daily and weekly rest breaks.

Employees whose daily working time amounts to at least 6 hours are entitled to a rest break of 15 minutes, which counts as working time.

Employers have the option to introduce an additional break of up to one hour per day, not counting as working time, for employees to have meals or deal with personal matters during work. Such breaks may be provided only via a collective labour agreement, internal working by-laws or the employment contract.

Employees working with computer displays are entitled to a 5-minute break every hour of work. The break counts as working time.

What kind of working time scheme are most common in your country? Drop me a work in the comments! 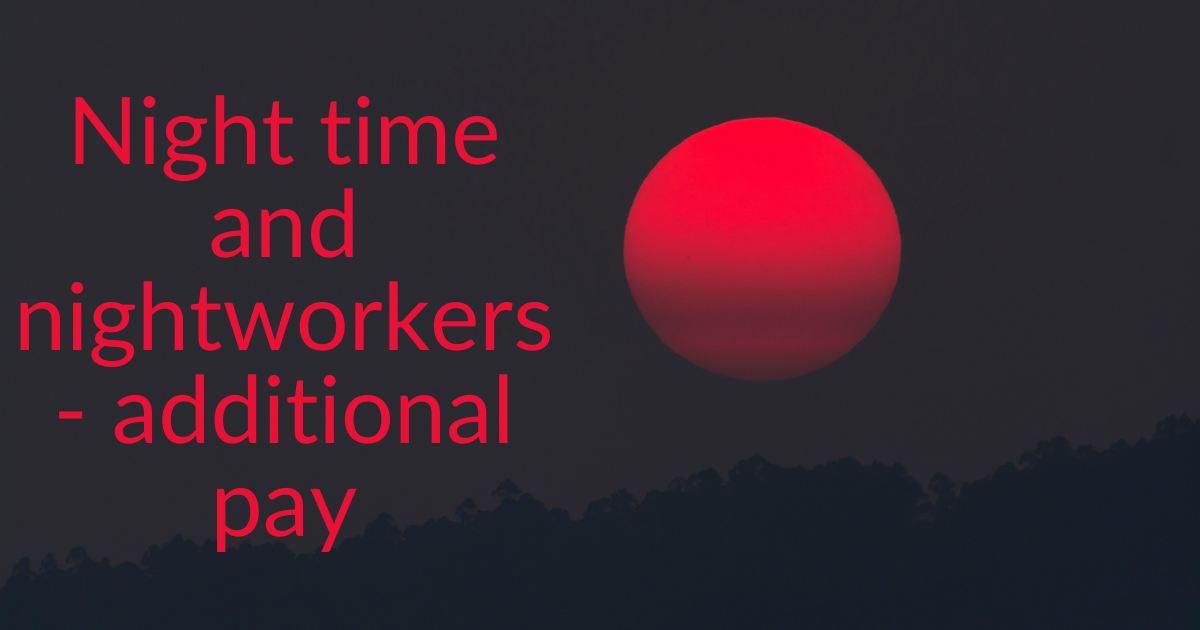 There are a number of businesses where night work is necessary: hospitals, transport, factories, shift work. Do night workers have any special rights to reward them for the shortcomings of night work? Theoretically, yes, if they fall into the legal category of a night worker.

The Labour Code defines the night worker (or, to be exact, an employee working at night) as one who works at least 3 hours during night time or 1/4 of whose working time is covered by night time.

Night time is also defined in the Labour Code. Night time is a time span between 9 PM and 7 AM the following day. Within that time-span, the employer should set out in their internal regulations the particular starting and ending hours of night time, no longer than 8 hours, e.g. from 9 PM to 5 AM. For assignments requiring psychical or intellectual effort or for particularly dangerous tasks the working time during the night may not exceed 8 hours per day.

Employees working at night are entitled to an additional pay premium for each hour of night work in the amount of 20 percent of the hourly rate calculated from the statutory minimum wages (in 2020: 2.600 PLN). Not very encouraging financially, don’t you think? The employer’s internal regulations may provide for a higher night work premium, and they often do. Financial incentive is a important motivation factor here.

As night work is considered burdensome (no doubt about that!), there are certain groups of employees who are prevented from working at night. These are pregnant women and minors. Employees taking care of children up to 4 years of age have the option to agree or refuse to work at night. 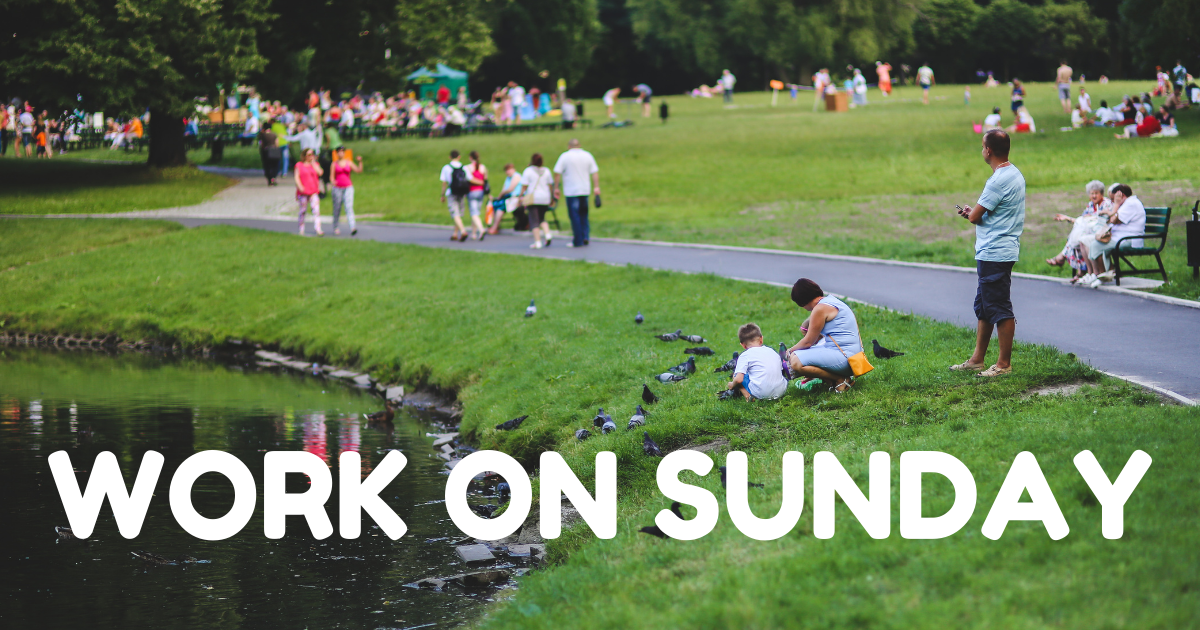 Can you work on Sundays and Polish national holidays?

Generally speaking, no. There are some exceptions, like for example search and rescue actions, restaurants, hotels, transportation, hospitals. A shop owner cannot require an employee to work on Sundays or national holidays (again with some particular exceptions). Shopping malls are kept closed, but cinemas, restaurants and cafes are open.

National holidays in Poland are determined in a statute. There are 13 days counted as national holidays in a year, which is actually much more than in many European countries.  Just as many Polish employees work overtime, they also love time off during holidays.

A day off in lieu

Work on Sundays and national holidays is rewarded primarily by a day off in lieu. When this is not possible, an employee is entitled to an additional pay premium in the same amount as for overtime work.

An employee working on Sundays on a regular basis should have a Sunday off once in every 4 weeks. 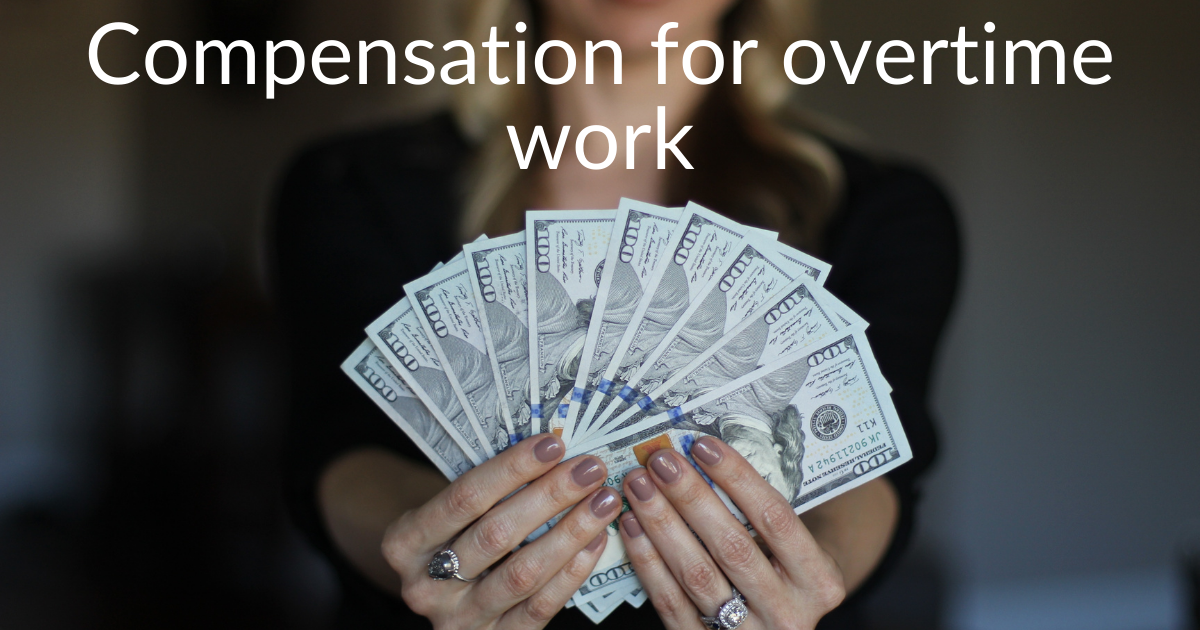 Overtime work may be compensated by way of a statutory pay premium. The premium adds to the employee’s regular wages. The premium is:

Time off in lieu

Employees who have received time off in exchange for overtime work are not entitled to statutory pay premium.

In relation to employees holding particular positions different principles of compensating overtime work may apply. For example, managers and heads of departments are expected to perform work also outside regular working hours without the right to compensation for overtime work (with a small exception related to work on Sundays and holidays, which was not rewarded by a day off).

In relation to employees who work outside the office on a regular basis wages and the statutory pay premium for overtime work may be replaced by a lump-sum payment, which needs to be calculated in such a way as to reflect the number of overtime hours worked.

Calculating compensation for overtime hours is not an easy task, especially because you need to take into consideration work performed in excess of 8 hours a day as well as in excess of weekly working time, which is cleared in periods of several months. You must be careful not to calculate compensation for the same overtime work twice, which may happen if daily overtime work translates into exceeding weekly working hours over in a clearing period. 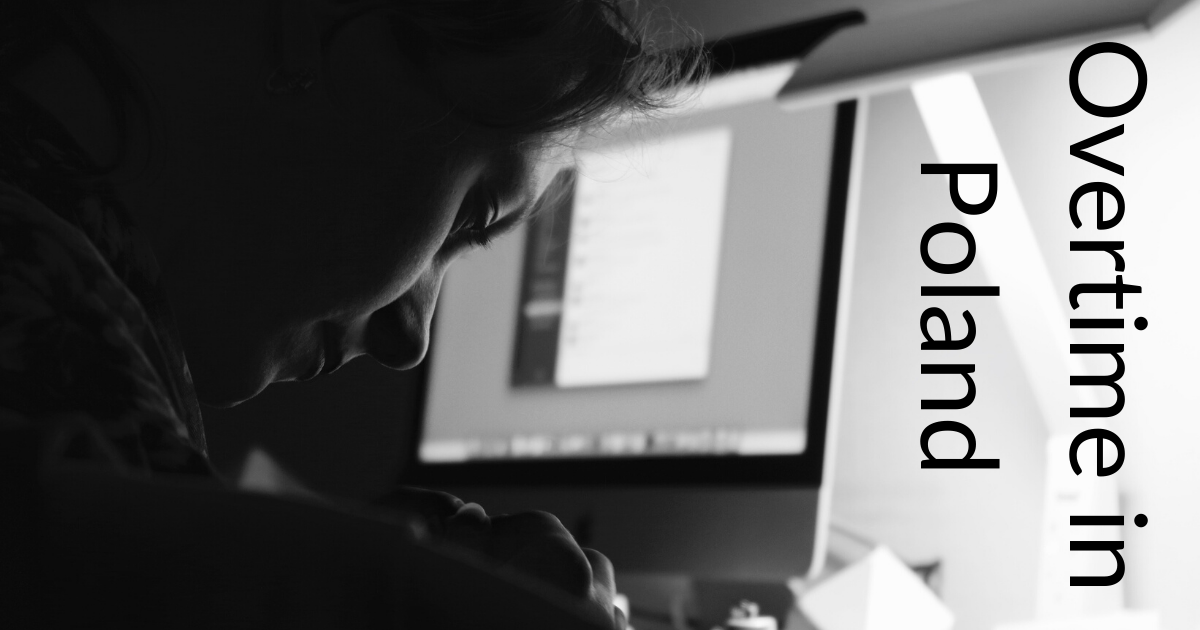 Overtime is when you exceed statutory working hours.

In Poland overtime work is formally permitted only when:

If the employer orders you to do overtime, you should comply. Failure to follow the employer’s order may be grounds for disciplinary action.

Polish Labour Code sets a cap on how much overtime work an employee can do. There is a weekly cap and a yearly cap.

The weekly cap is 8 hours of overtime work. Altogether the amount of hours to be worked during a week (including regular and overtime hours) may not exceed 48.

The yearly cap is 150 hours of overtime work required by particular needs of the employer. However, this limit may be – and often is – extended in an individual employment contact, the collective labour agreement or the employer’s internal regulations.

The Labour Code provides for several options of compensation for overtime work, depending on the employee’s position and the time when extra work was performed. I will write more about this in the next post.

I am an attorney in Sopot/Gdańsk, Poland. My professional focus is on labour law. I work both for employers and employees. That’s why I know what it takes to be on either side. I hope that this blog gives you the insight that you are looking for. [More about me]